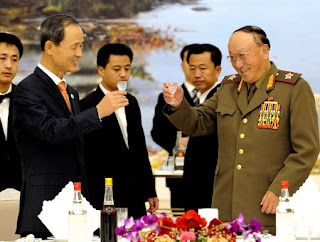 Pyongyang and Seoul are truly busy these days hosting series of governmental delegations from the other side...

The defense ministers' meeting (top photo) between South Korea's Kim Jang-soo (left) and North Korea's Kim Il-chol took place in Pyongyang -- first in seven years and only second such meeting ever. The two sides agreed to provide military assurances to joint projects such as the inter-Korea railways and direct air route to Mt. Baekdu in North Korea, but an agreement on the boundary of the proposed joint fishing zone failed to materialize -- indicating still rough roads ahead in implementing a key facet of the summit agreement of October. Related article. 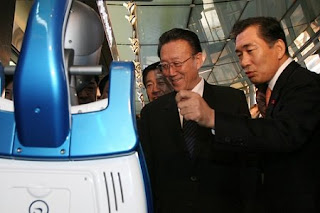