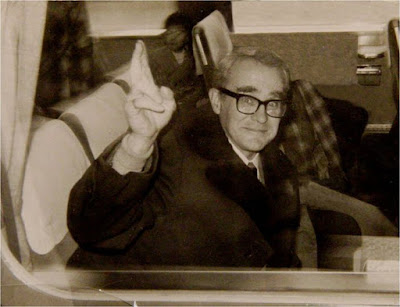 R.I.P. Rev. George Ogle, an American missionary and advocate for human rights in South Korea, who was deported from South Korea by the Park Chung Hee dictatorship in 1974 because he prayed for the political prisoners who were executed on trumped-up charges (I believe this photo was taken when he was being taken to the airport during his deportation). His wife, Dorothy Ogle, is a strong advocate for peace in the Korean Peninsula.

Hi, Please share your story with us, we will feature you. Visit on Asian Community News

Nice I like Blog is good Movers In Dubai