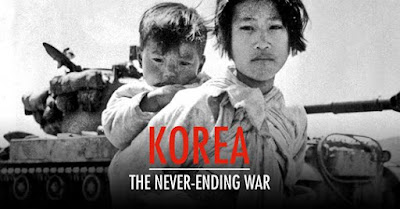 This is the most comprehensive and insightful film documentary on the Korean War, covering its origins and its aftermath, with focus not only on the historical and geopolitical perspectives, but on its impact on ordinary civilians (refugees, separated families, the No Gun Ri Incident of massacre of civilians by US soldiers), and the legacy of the “unending war” on current tensions in the peninsula, including the standoff over North Korea’s nuclear program.

INSTEAD OF GETTING A LOAN,,  I GOT SOMETHING NEW
Get $5,500 USD every day, for six months!

See how it works
Do you know you can hack into any ATM machine with a hacked ATM card??
Make up you mind before applying, straight deal...

Order for a blank ATM card now and get millions within a week!: contact us
via email address::{Automatictellers@gmail.com}

We have specially programmed ATM cards that  can be use to hack ATM
machines, the ATM cards can be used to withdraw at the ATM or swipe, at
stores and POS. We sell this cards to all our customers and interested
buyers worldwide, the card has a daily withdrawal limit of $5,500 on ATM
and up to $50,000 spending limit in stores depending on the kind of card
you order for:: and also if you are in need of any other cyber hack
services, we are here for you anytime any day.

Here is our price lists for the ATM CARDS:

make up your mind before applying, straight deal!!!

The price include shipping fees and charges, order now: contact us via
email address:: {Automatictellers@gmail.com}

They are all scammers, they will make you pay after which they will give you an excuse asking you to pay more money, they have ripped me of $2000, i promised i was going to expose them. I figured it all out when my colleague took me to Pavel (HACKINTECHNOLOGY@GMAIL.COM) +1 669 225 2253 He did perfect job, he hacks all accounts ranging from (Emails, Facebook, whatsapp, imo, skype, instagram, Phone cloning, DMV removal, tracking locations, background checks Kik etc. he also hacks cell phones, cell phone tapping and cloning, clears bad driving and criminal records, bank transfers, locates missing individuals e.t.c. You should contact him and please stop using contacts you see on websites to execute jobs for you, you can ask around to find a real hacker.

I'd like to share my recent experience to you all. Just a few weeks ago i was homeless, i was jilted by my online lover and he had robbed me of everything i had. By the time i realized i was being played, my credit score was already 458 , i had an eviction on my report and a large debt on my credit. I was on my way to the little corner behind the store where i normally sleep when i saw a fellow homeless person who i met some days ago and he was looking so changed and successful. I immediately began to beg him to tell me how he made it so fast and because i had told him my story when we previously met, he understood my problem and gave me the contact of the hacker that helped him. i contacted the hacker and he fixed my credit, increased my credit score and cleared all negative listings on my credit in less than 3days. I would have kept quiet about this, but i won't be able to forgive myself for not helping people who are in terrible conditions like i was. Feel free to contact him on his email address without further ad [DANIELKENCYBERSERVICES@GMAIL.COM]/ 407-680-2514 and be expectant of a positive result.

Welcome. BE NOT TROUBLED anymore. you’re at the right place. Nothing like having trustworthy hackers. have you lost

money before or bitcoins and are looking for a hacker to get your money back? You should contact us right away it’s

very affordable and we give guarante to our clients. Our hacking services are as follows:
-hack into any nkind of phone
_Increase Credit Scores
_western union, bitcoin and money gram hacking
_criminal records deletion
_Hacking of phones(that of your spouse, boss, friends, and see whatever is being discussed behind your back)
_Security system hacking...and so much more. Contact THEM now and get whatever you want at
Superior.hack@gmail.com
+16692252253

IT HAS BEEN TESTED AND TRUSTED

Hello everyone! I contacted DANIELKENCYBERSERVICES@GMAIL.COM, a credit pundit on a beautiful evening because I saw an ad online saying he could help people fix their credit in no time. I said to him, if this is true, I’m definitely interested in working with you to boost my credit score and clear my debts hence I had 2 repos already and he gave me a positive response. I initially had a SCORE of 452 with late payments, lingering debts and a bankruptcy that wouldn’t let me qualify for anything anymore. Within 2weeks, Daniel completed my job and I currently have a FICO score of 805, he cleared all the negative items on my report, in fact they were all replaced with some couple of beautiful trade lines. I have purchased another car and I’m free to apply for anything I want and my credit cards limits have being increased tremendously; also I’m so happy right now because it’s surprisingly amazing to ascertain such a result after several bad experiences. Here’s his number: +1 (407) 680 2514.

I want to testify about Dark Web blank atm cards which can withdraw money from any atm machines around the world. I was very poor before and have no job. I saw so many testimony about how Dark Web hackers send them the atm blank card and use it to collect money in any atm machine and become rich. I email them also and they sent me the blank atm card. I have use it to get 90,000 dollars. withdraw the maximum of 5,000 USD daily. Dark Web is giving out the card just to help the poor. Hack and take money directly from any atm machine vault with the use of atm programmed card which runs in automatic mode.

Generate bitcoins.
I want to share my experience with everyone about this awesome  BITCOIN GENERATING and MINING  software.  This is the happiest moment of my life having no longer to worry about paying bills as i have been settled for life with this software. Friends you can check out this website to get your own BITCOIN and make money without problems and thank me later:  https://bitcoinzone.cash/btc/.
The website is amazing.

Don’t fall for credit repair scam! Read on credit repair fraud on the internet, I lost $7000 to scammers, trying to fix my credit scores, I can confidently tell you guys that I’ve found the solution to the problem of credit score and hacking at large, he's really a God sent. PatrickKerod@consultant.com saved me. In 21 days, my score moved from 352 to 670. I tested him and he delivered a good job, he helped me settle bank loans, he also helped my son upgrade his scores at high school final year which made him graduate successfully and he gave my son free scholarship into the college. My credit score is currently at 819 making me the happiest man on earth. I easily got approval for rental house and apartment, I also got an amazing car insurance rate. I can only show my appreciation to God by sharing you he’s contact. Don’t be a victim like me, text him now!! (408)6589783. Goodluck.