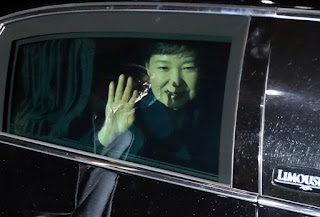 [From Reuters] South Korea said on Wednesday it will hold an election on May 9 to choose a successor for former President Park Geun-hye, who was removed from office in a historic court ruling last week over a widening corruption scandal. Prosecutors said on Wednesday Park - the first democratically elected president to be removed from office in South Korea - would be summoned for questioning on Tuesday into the influence-peddling scandal. The Constitutional Court dismissed Park from office on Friday when it upheld a parliamentary impeachment vote in December. READ MORE