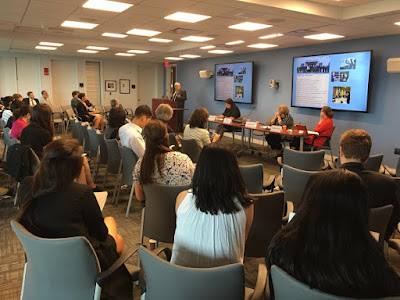 
Yet, despite the impasse between the two countries, there remain an array of policy options to help de-escalate tensions, increase understanding, build trust, and ultimately pave the way for a peacebuilding process. Join the Korea Peace Network and GWU´s Partnership for International Strategies in Asia as we explore a menu of policy options to build a more peaceful Korean peninsula and Northeast Asia. The all-day event featured discussions with academics, policy analysts, U.S. government officials, practitioners from across the foreign policy spectrum, and more.