Marching Towards Peace In Korea 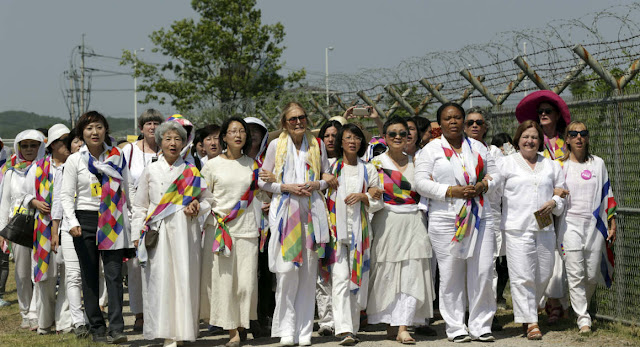 By Tim Shorrock in PoliticoMagazine

On Sunday [May 24, 2015], Gloria Steinem, looking radiant but tired in a white dress traditionally worn by Korean women, walked into a room packed with reporters and photographers at the Customs, Immigration and Quarantine building in Paju, South Korea, just a mile from the North Korean border.

Gathered around the American feminist icon were 30 women from 15 countries who had just accomplished what only two foreign groups had ever done before—cross the demilitarized zone dividing the communist North from the capitalist South. They were greeted in the south by hundreds of women and peace and unification activists from a country long divided by war and 60 years of tension.  Read more: