North Korean Delegation in the U.S. to Learn Market System 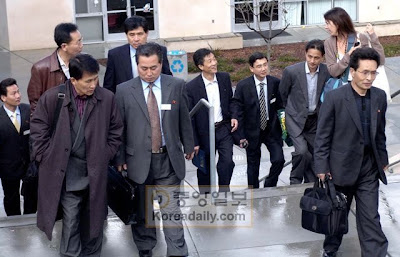 An unusual North Korean delegation is visiting the U.S. -- an economic delegation to learn about Western market system. They landed in San Diego on an invitation from the Institute on Global Conflict and Cooperation at the University of California, San Diego, and will also visit New York City. It remains to be seen how the delegation will impact North Korea's economic planning or policies, but this shows that -- despite all the harsh rhetorics between North Korea and the U.S. -- that there are also channels of exchange and opportunities for interaction. Perhaps North Koreans and American hosts can wrap up the meetings with North Korean beer, which is now available in the U.S. with approval from the U.S. Treasury. (Photo: Korea Daily News)