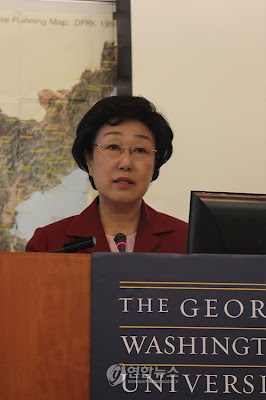 The 2009 Northeast Asian Women´s Peace Conference ("Negotiating Regional Peace, Reconciliation and Cooperation") took place on October 6, at the George Washington University campus in Washington, DC. The organizers stated that women's voices are important but have often gone unheard during the Six Party Talks and other deliberations on the future of the Korean Peninsula. This conference, in contrast, brought together a diverse group of Asian, Russian and American women speakers from civil society and government to address peace and security issues in Northeast Asia.

The conference provided a valuable and much-needed space for discussion of steps to reduce military tension and build peace in Northeast Asia and ways to realize UN Security Council Resolution 1325, which recognized "the important role of women in the prevention and resolution of conflicts and in peace-building and stressing the importance of their equal participation and full involvement in all efforts for the maintenance and promotion of peace and security."

A key speaker of the South Korean delegation was former prime minister Han Myung-sook (photo above, from Yeonhap News), who stressed the need for the revival of the six party talks as well as bilateral negotiations aimed at peaceful settlement in Korea. The delegates also held meetings at the U.S. Congress and with women's organizations in the DC area (photo below). 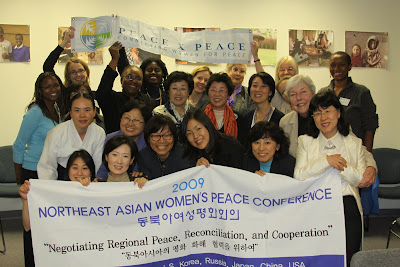