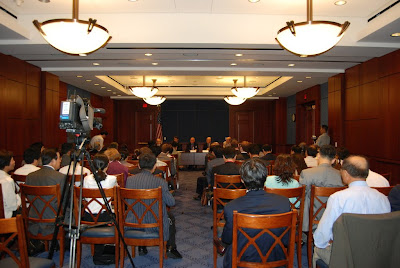 Leading representatives of South Korea´s civil society organizations participated in the Korea Peninsula Peace Forum at the U.S. Congress on Sept. 14, 2009, along with key U.S. politicians and scholars to share viewpoints on promoting a peaceful settlement in the Korean Peninsula. The Korea delegation was composed of Prof. Nak-chung Paik, "most influential" intellectual in South Korea and Co-Chair of Korea Peace Forum; Mr. Won-soon Park, a pioneer in Korea's civil society movement and Executive Director of the Hope Institute; Rev. Moon-Sook Lee, former General Secretary, Korea Church Women United and Mr. Jae Shik Oh, Executive Director, Asia Institute -- both of whom with extensive experiences with humanitarian aid programs with North Korea.

The Korea delegation also participated in a seminar on North Korea policy at the Brookings Institution and held meetings in New York City and Los Angeles. 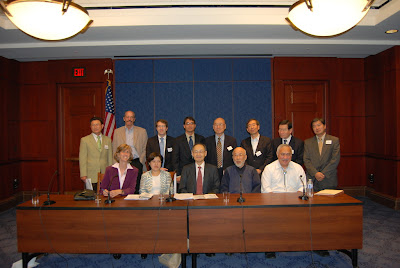