Dining (and Drinking) in Korea 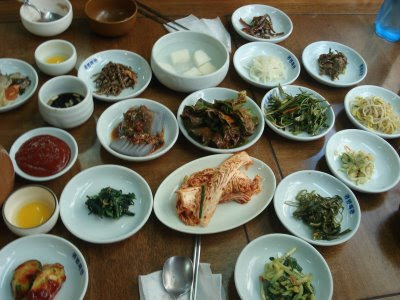 [Korea Report News from Seoul] Korea is a diner's (and drinker's) paradise -- there is no lack of variety or availability of food and libation in every commercial street (from all vegetarian menu [top photo] to grilled meats [bottom photo]). Most establishments open till wee hours of dawn. Most Korean diners/drinkers have the habit of visiting more than one establishment on a given night -- Koreans even have terms describing this phenomena -- ee-cha for two visits, sam-cha for three visits, and so on. Luckily, taxis and designated drivers abound. It is amazing that this habit has not reduced Korean productivity. Koreans also don't drink alone in public, and drinking with friends and colleagues tend to contribute to social bonding and cohesiveness.

Mindful of the recent public scare of the potentially-tainted U.S. beef and melamine contamination in food products from China, signs in Korean eateries spell out the origins for food products used, such as beef from Australia or New Zealand, and produce from domestic sources. 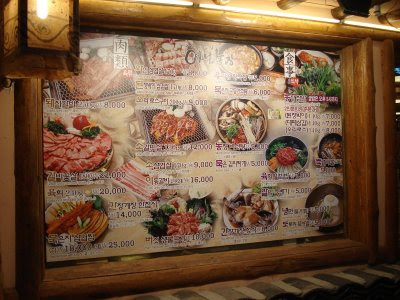