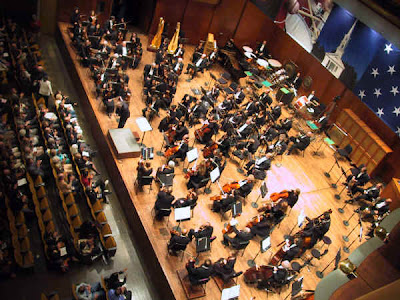 News Item: "America and South Korea have scored a diplomatic triumph with the agreement that the New York Philharmonic will go to North Korea in February, the first major cultural contact between the U.S. and North Korea."

Commentary: The NY Philharmonic's plan of unprecedented performances in Pyongyang has been confirmed, thanks to Assistant Secretary of State Christopher Hill's recent visit to DPRK and the blessing of the Bush administration. As stated previously in this blog, cultural exchanges such as this one will help defuse tensions and mutual suspicions between the US and North Korea. Reciprocal visits by North Korean performing groups to the US, if granted by the Bush administration, will further promote people-to-people exchanges and foster reconciliation.